Another newcomer to the team in 2016.  In 2017 Kev has become known for getting his Drone out with some awesome aerial footage of the ground. Kev works at RAF Leeming but would like to point out to the villagers that the noise is not his fault!!  Elected as captain for the 2018 season. Sponsored by DJI Drones

Recently moved to the village and new to the team for 2016.  Already famous for walking off at Thornton Watlass despite no appeal.  Called back and punished the opposition with another 4 runs!! Elected as Vice Captain for 2018 season.

Right arm swing bowler and master butcher. **2017 UPDATE** Apparently Geoff is now a baker! What next? Candlestick Maker?  Ever dependable bowler who took over the captaincy for the 2015 season. Sponsored by – Elastoplast/Bero/Yankee Candle Co.

Right Hand Batsman. Promising youngster who has learned to ignore any words of wisdom from his stepfather. Sponsored by – The Card Factory

Left hand opening batsman and wicketkeeper.  Job something to do with virgins? Sponsored by Virgin Media

Very promising youngster who came on leaps and bounds over the 2017 season which ended with a place in the team for finals day.  Stepson of Chris Mellor we all thought he was called Mellor for 2 years!  Sponsored by Bank of Mum & Dad.

Another club legend. Only man still playing from the famous Granindon Cup winning team from 1995! Chairman of the ‘Posh Lads’.  Sponsored by Ginny’s Jewelry

Quick but sometimes erratic fast bowler. Son of Adam and Vice Chairman of the ‘Posh Lads’.  Hit one of the biggest sixes ever seen at the ground, landing behind the pavilion!. Sponsored by Hecks Sausages

All Rounder who learned the game at Harrow School. Star performer unfortunately now living in London so limited appearances.  Fully paid up member of the ‘Posh Lads’. Sponsored by Moet & Chandon

Tall bowler who has shown much promise in first season of cricket.  Bowls well and keen to improve with the bat. Sponsored by Gunn & Moore

International playboy who bats, bowls, keeps wicket and plays golf for England! (not all at the same time!).  Has a liking for fast cars and loud exhausts!  Sponsored by The Potting Shed

Joined the club after playing for RAF Leeming in the pre season friendly.  Good top order batsman.  Owen is an RAF doctor who is working in A&E at James Cook, god help him! Sponsored by NHS England

Please visit our main sponsor for all your gardening requirements

How to find us 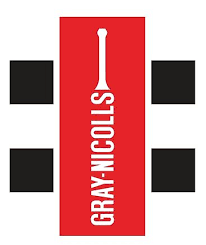